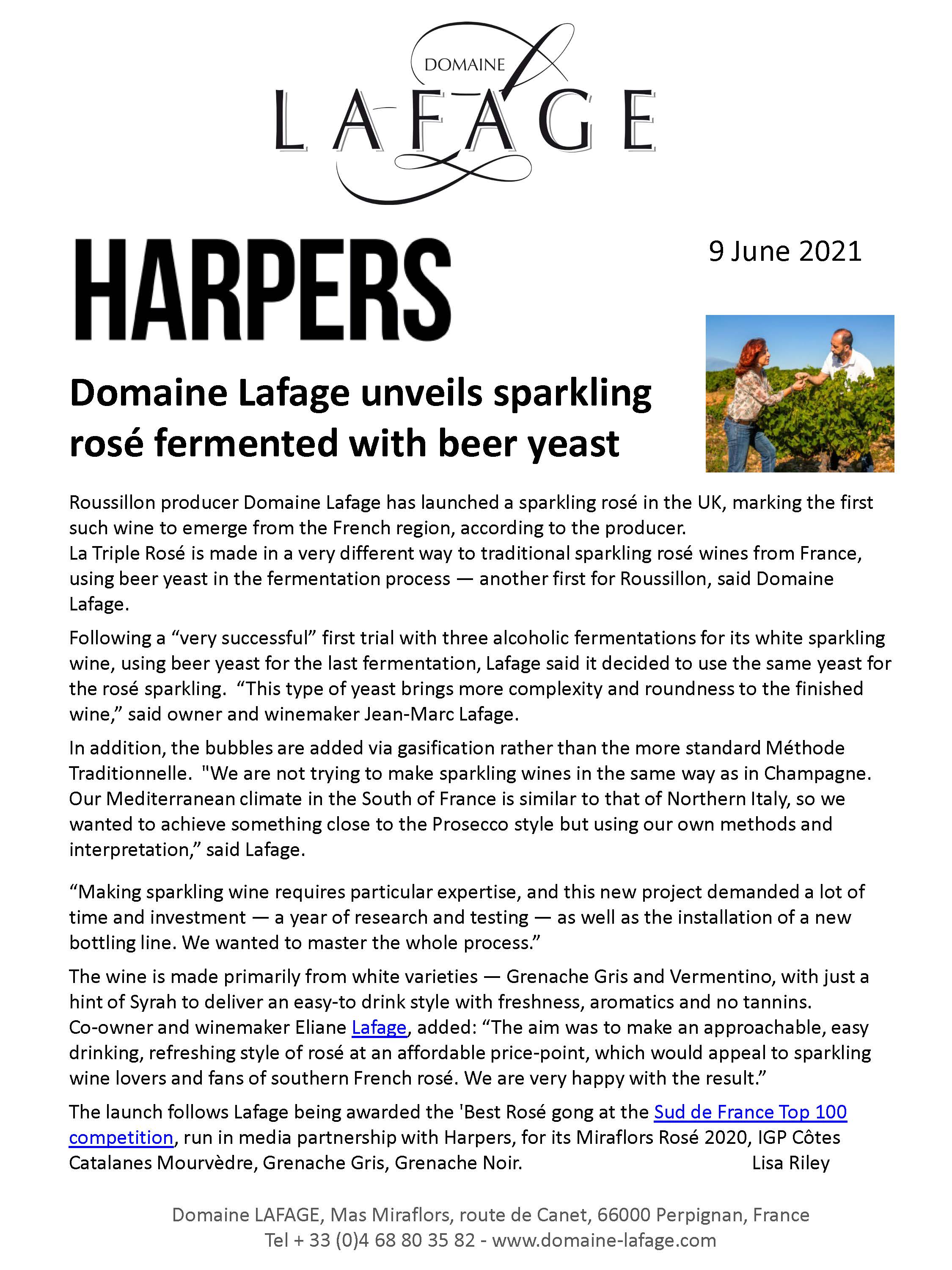 Roussillon producer Domaine Lafage has launched a sparkling rosé in the UK, marking the first such wine to emerge from the French region, according to the producer.

La Triple Rosé is made in a very different way to traditional sparkling rosé wines from France, using beer yeast in the fermentation process — another first for Roussillon, said Domaine Lafage.

Following a “very successful” first trial with three alcoholic fermentations for its white sparkling wine, using beer yeast for the last fermentation, Lafage said it decided to use the same yeast for the rosé sparkling.  “This type of yeast brings more complexity and roundness to the finished wine,” said owner and winemaker Jean-Marc Lafage.

In addition, the bubbles are added via gasification rather than the more standard Méthode Traditionnelle.  “We are not trying to make sparkling wines in the same way as in Champagne. Our Mediterranean climate in the South of France is similar to that of Northern Italy, so we wanted to achieve something close to the Prosecco style but using our own methods and interpretation,” said Lafage.

“Making sparkling wine requires particular expertise, and this new project demanded a lot of time and investment — a year of research and testing — as well as the installation of a new bottling line. We wanted to master the whole process.”

The wine is made primarily from white varieties — Grenache Gris and Vermentino, with just a hint of Syrah to deliver an easy-to drink style with freshness, aromatics and no tannins.

Co-owner and winemaker Eliane Lafage, added: “The aim was to make an approachable, easy drinking, refreshing style of rosé at an affordable price-point, which would appeal to sparkling wine lovers and fans of southern French rosé. We are very happy with the result.”